The photographer and the magazine capturing Cuba’s fashion design culture

Story and Photos by Desirae Lee

Fashion and style are universal tools of self-expression. Fashion is a societal time stamp and represents how a culture sees itself in relation to its people and the rest of the world. Intentional or not, we use style to tell about ourselves and portray how we feel.

We may not think of Cuba as a hub for fashion. In the city of Havana there seems to be a desperate trend to copy-cat other cultures, especially American brands. Yet among the logo-obsessed brand-name-chasers, a strong culture of original, modern style is emerging on the island. Maydely Pérez Reguera is determined to capture it with her lens.

Reguera, an actress-turned model-turned photographer, is a creative spirit with international dreams. She likes to be called May. The short, witty name fits her perfectly. She is petit with a fire-red pixie cut that frames her sculpted face in a way any model would envy.

Reguera grew up in Cienfuegos on the southern coast of Cuba, with no access to high fashion influences. But today, she works as a fashion photographer for Revista Garbos, the webzine that bills itself as Cuba’s first fashion magazine since the 1959 Revolution.

Reguera began her career as a model after graduating from The Superior Institute of Art, Cuba’s highest regarded art school, with a degree in dramatic acting. She had done some camera work before and offered to help take pictures within her agency.

She became more and more intrigued with photography and decided to set up an in-home studio. Photography equipment, like most electronics, is hard to acquire in Cuba. Reguera travels to Miami, New York and Las Vegas to buy her gear. She orders from camera equipment catalogues such as B&H in the states and then brings the supplies back with her.

Reguera is now lead photographer for the independent online magazine Revista Garbos, which stands for elegance and beauty.

Reguera captures the quirky designers of Yuri Rayes Gil for the upcoming bridal edition of Revista Garbos. The two men modeling own a bridal rental shop in Havana.

The magazine reports two million subscribers. The way it reaches its audience is not how most people get their fashion news. With shaky internet connections and expensive by-the-hour wi-fi, most Cubans use what is called a “media mule.” Individuals download programs and literature and then go around delivering these downloads to locals’ devices. The mules have everything from TV shows and movies, to books and magazines.

The method works for Garbos, which also advertises through local restaurants and hotels. The magazine is well-respected and has attracted international clients to Reguera. She has worked with prominent actresses and artists around Cuba. Her goal is to have a steady work flow and resources to create the extravagant photoshoots she dreams of, with lions and other wild animals.

Her studio is functional, but not ideal. The walls are painted a deep leafy green. There are only two large windows offering limited natural light. Setting up soft boxes and artificial lighting is difficult with few outlets in the room. So, a majority of her shoots take place around the city of Havana with people she meets in the street.

“Most times my subjects are not models. If I like how they look I ask them to model because it’s more personal and more natural that way,” Reguera says. “This way people aren’t trying too hard.”

Reguera says she keeps an open mind and most of all tries not to repeat ideas. She draws inspiration from all kinds of visuals including movies, plays and paintings. One of her favorite artists is the early 20th century Mexican painter Frida Kahlo for her representation of feminine strength. In her own work, Reguera will often focus more on the person than the clothing.

“I think about what I want the person to express in the picture. I ask, who is this person and what do they do? What has she seen? What does she know? Then I create a story around them.”

Cuban fashion designers are few and far between, but when Reguera discovers one she is always excited to give them a spotlight.

Reguera also has a hand in styling her models. She shops at recycled clothing stores to find unique pieces for her shoots. Her bedroom closets are filled with vintage jackets, bright sweaters, sequin tops and unique printed dresses. It doesn’t stop at her closets. Reguera has racks full of thrifted clothing throughout her home. She doesn’t worry about the clothes being old because she believes they will come back into style.

“Fashion has a cycle to it. We are lucky that style always comes back. Something from 20 years ago will come back and everyone will be wearing it.”
She and a stylist mix and match the items for dozens of shoots. Reguera also takes advice from her two directors, Gabriela Domenech and Rebeca Alderete.

Garbos has a staff of nine: The two directors, two journalists, a designer, a public relations manager, a producer, a finance manager and Reguera; the sole photographer.

The team came together in various ways. Some were classmates in school, others met through mutual acquaintances and admired each other’s work. The group dynamic seems ideal. Observing them conduct a shoot with a client in the streets of old Havana, they appear comfortable with each other, but most importantly listen and trust one another’s creative vision.

“Right now, we are in a time of turmoil, as far as art, intellectual thinking, and artist’s rights,” says Alderete. Our goal is to give local designers and fashionistas a place to work and be recognized.”

Alderete has been in the magazine industry for several years but currently works as a sound engineer. Her father, Angel Alderete, is a well-known Cuban photographer and part of the reason she loves working for the magazine.

Domenech studied foreign language and loves the writing. She recalls the way style used to be made in Cuba decades ago and how people learned to make clothes.

“Before the revolution there were lots of seamstresses and tailors which made the first schools. Now the design schools are all really electrical or architecture.” said Domenech.

Reguera’s position at the magazine keeps her busy. Sometimes she will do up to five shoots a day. However, Reguera continues to act to help finance her Garbos work. She also works as an assistant for her parents’ company. Together they sell hand-made leather goods and accessories throughout Cuba and in Latin American countries.

The Garbos staff dreams of becoming a print publication as well as online. But to take this step, Garbos would have to become a state-sanctioned company, possibly losing creative freedom. The staff is not sure that this limitation is worth being printed.

No matter what the next step for the magazine or her career, Reguera knows two things: She has more to learn, and she wants to keep working closely with the people who are influencing the Cuban fashion culture.

“I want to continue to be a part of something big, not necessarily the directing because I love to work directly with the people,” Reguera says. “Most times it’s the simple things that count. Everything from how clothes feel, to how you look …

“The sensation is all very important and that’s my favorite part to capture.”

The streets of Havana are vibrant and unpredictable. You never know who or what you’re going to see around the next corner. This bustling city also holds pockets of fashionistas around every corner.

Fashion is all about self-expression. When people are truly comfortable in what they are wearing it is obvious. The way they walk is more alluring. The way they talk becomes more convincing. Watching them interact in public becomes a form of entertainment.

Capturing the varieties of street fashion in Havana started as a passion project and soon turned into a satisfying adventure. I found that the people of Havana are all about comfort, bright colors and making a statement with their outfits. 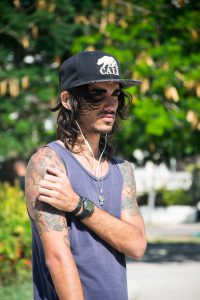 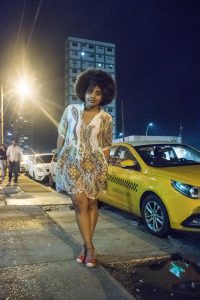 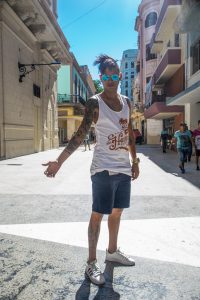 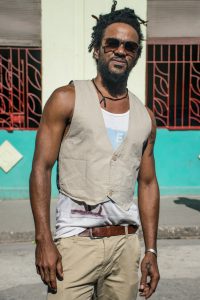 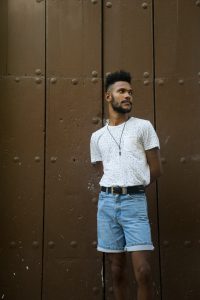